Michael Jackman teaches writing at Indiana University Southeast, a regional campus of IU Bloomington, just across the river from Louisville, KY, known for the derby, bourbon, and now an embarrassing governor. A drop-out from Queens College, where he studied music composition almost to the bitter end, he left his native Queens County for Nashville on a dream of breaking into country songwriting, but discovered himself more poet than pop-country versifier. After graduating from Belmont College as an English major, he headed slightly back north to earn an MA in creative writing/lit from the University of Louisville, and scaled the heights of academe as far as an almost-Ph.D., then edited two online trade mags, rode the dot-com boom all the way to Nepal on a journalist-trekking junket, freelanced feature articles, and, somehow, still managed to enter academia after a while. Jackman completed his MFA in poetry from Spalding University’s Low-Residency Program, working with poets Maureen Morehead, Debra Kang-Dean, Molly Peacock, Randall Horton, and Greg Pape. He now lives in New Albany, IN, on almost 2-acres, with a woodlot, 6 chickens, his beloved life-partner Sarah and her five-year old, their two dogs, and rescue kitten Naomi, formerly conceived of as “Futurecat.” 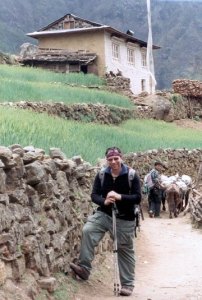 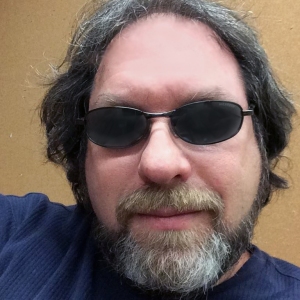 One thought on “Cling by Michael Jackman” Leave a comment ›