Irena used to live in a country that no longer exists on the maps, in a town which became uncomfortably close to Chernobyl. Now she lives in Israel. When she has time left from her job in the local hi-tech haven and from dealing with her three unpredictable children, she devotes it to writing. Her stories and poems have been published in many fascinating corners of the Internet She keeps track of her writing life at IPScribblings site – please drop by for a visit.

Irena loves to play with words but is helpless with images, so she asked her friend Jozsef Csillag to come to her rescue with a mirror-related image. She was in for a surprise.

Jozsef Csillag lives in Hungary. While by profession he is a police officer, he likes to dabble in creative arts as a hobby. He has tried his hand at different art forms, such as drawing, photo and video editing (special fx), woodcarving, sculpture and prop building (steampunk); the main one being drawing. He prefers the cartoonish styles, bright colors and goofy themes/mashups.

Irena Pasvinter is a good friend whom Jozsef got to know through his spouse. First he was trying to come up with a drawing, but finally decided to try photo editing instead. He really likes the poem and could tell it was very personal to Irena, so he surprised her by using a photograph of her mother, a couple of photos of her and some stock footage for the mirror and details.

Two of his creations are below. More of his recent works can be found at: http://www.joeyandjer.hu/JoeysWorx/joeysworx.htm 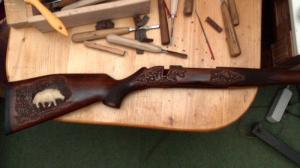 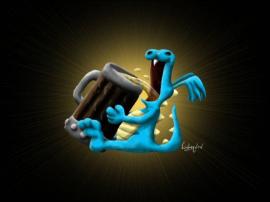