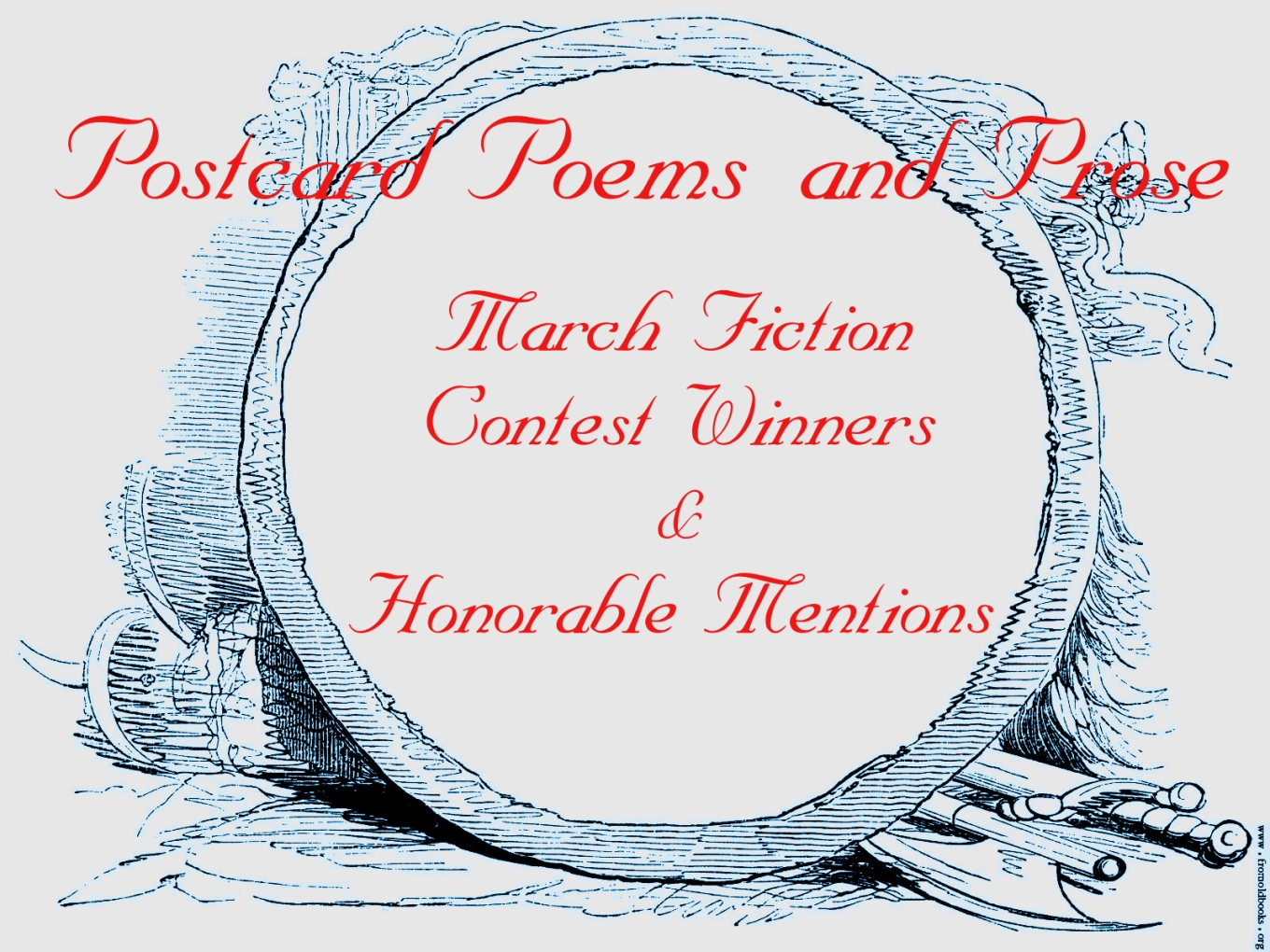 Wow! The response to our March Fiction Contest at Postcard Poems and Prose was overwhelming. Thanks again to all participating authors. The overall quality of the entries was very high making it tough on the judges. We welcomed many of those authors to send something into our regular submission slush pile in the future.

A quick review for those who missed out on the fun: Authors were asked to use the photo prompt at the bottom of the page for inspiration and write a piece of flash with a wordcount of 196 or fewer.

And now, in no particular order…the winners.

One of these fine authors will win our Amazon Giftcard in the amount of $23.78 decided by a game of Rock, Paper, Scissors conducted – over wine – by the judges.

As previously stated the entries were good; many of them were very good and still didn’t win. After wrestling over the winners it was decided to award Honorable Mentions. The top 16 entries were pulled out and poured over once again. In the end, three were chosen. They were:

All six will be published in the coming weeks. Normally we would have our March Publication schedule out today but the addition of three pieces of fiction has us whirling and rearranging. To maintain a balance we will pull a couple of poems in from our April calendar so that March is not entirely fictional pieces. That way we should end up with six prose and four poetry pieces.

Speaking of poems – Our April Poetry Contest will begin the end of next week. Thanks to the many artists who submitted jpgs for a prompt.